The mayor of the city of Kyiv reported on his channel that his physical appearance was used by fraudsters. According to Vitalii Klychko, this is not the first time criminals have used deepfakes against him. This time, the fraudsters created an e-mail using the name of the mayor of the capital of Ukraine and sent an invitation to negotiations through the program for the organization of video conferences Zoom. Invitations were sent to mayors of foreign cities.

Mayors of Berlin and Madrid agreed to an online meeting. Politicians confirmed the fact by receiving an e-mail and a conversation with the pseudo-mayor of Kyiv. The Federal radio program Deutsche Welle reported that fake requested financial assistance from the Burgomaster of Berlin, Francisca Giffay. So fake Klitschko spoke about social payments for Ukrainian immigrants and the need for assistance from Germany. Also, the fraudsters asked to take measures to return young men to Ukraine. The pseudo-mayor offered to give men to fight. He also asked the mayor of Berlin to support Kyiv, a council for LGBT pride.

Yesterday behalf of me, the mayors of several European capitals were sent requests for communication via Zoom from a fake postal address. As our friends respond quickly and support us, the mayors of Berlin and Madrid agreed to talk. And with the help of deepfake technology, an attacker spoke to them, posing as Klitschko," the real Vitaliy Klitschko.

"The enemy does not concede and is waging war on all fronts — in particular, on disinformation, on discrediting Ukrainian politicians. This is done so that European politicians turn away from Ukraine. By the way, the hybrid war, the misinformation from Russia — is one of the topics of the panel discussion in which my brother and I are to take part in the NATO summit in Madrid next week.," said the real mayor of Kyiv and called for an investigation into this case. 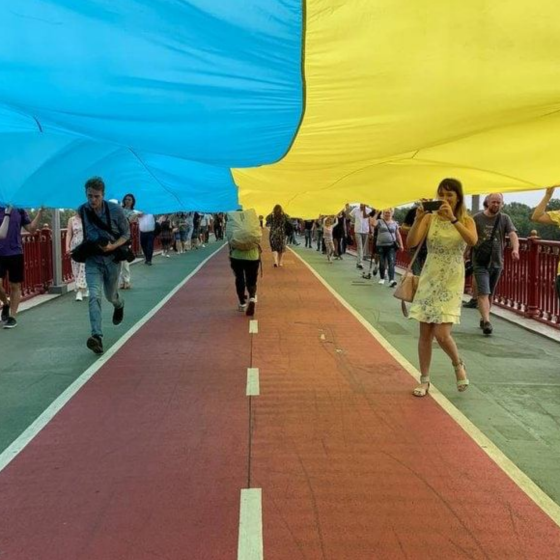 On June 28, in honour of the Day of Unity, Ukrainians in Kyiv stretched the flag of Ukraine from the right bank of the Dnipro to the left 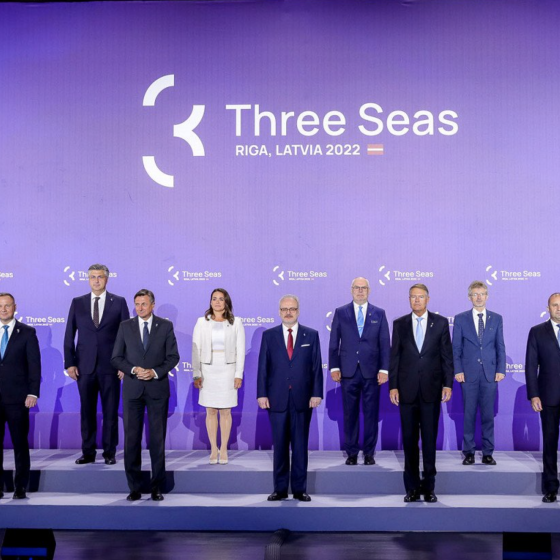 On 20 of June, our country has become a partner in the economic platform of European countries