From the Status of Wife to Participation in International Delegation

The reason for the visit of the neighbouring state and missions, which representatives of the political authorities usually visit, is the return home of Ukrainian prisoners of war from Mariupol.

The association members arrived in Poland with some defenders of the city of the metallurgical plant Azovstal. Kateryna Prokopenko, Yuliia Fedosiuk, and Alla Samoilenko became representatives of the wives of Mariupol's defenders in Poland. The delegation of the Azov regiment included Heorhii Kuparashvili, Vladyslav Zhaivoronok, and Artur Lypka. Ukrainian activists and defenders met with the state secretary of the office of the president of the Republic of Poland, deputy marshal of the Saeima, and secretary of the prime minister's office.

As a result of the meeting, the wives of the Ukrainian fighters who are in captivity managed to agree to hold exhibitions and other cultural events in support of the heroes of Mariupol. Polish politicians supported the idea of organizing an official exhibition for international delegations and embassies on the topic of Azovstal.

Polish officials said they were ready to help the heroes. Poland organizes rehabilitation in their country for the exchanged and evacuated fighters from Mariupol. Politicians note that they are ready to accept not only the victims but also their families to learn from their country.

The Mariupol defenders families association thanked Poland for its cooperation and warm welcome. For all Ukrainians now, the world must remember the heroes of Mariupol and help bring them home.

Olha Povaliaieva
You will be interested
Natural environment Science Technologies 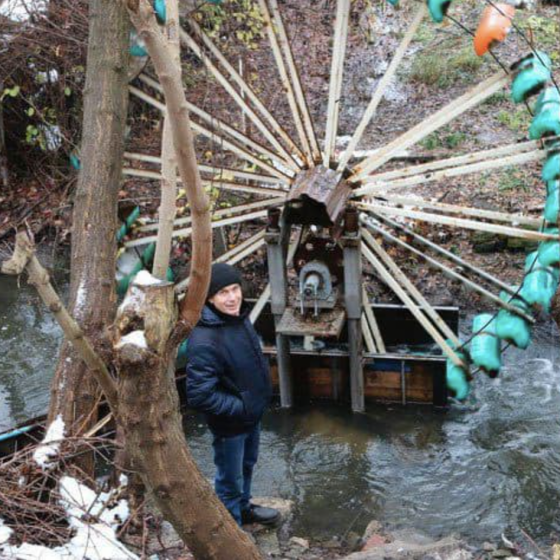 A Resident of Vinnytsia Built a Mini-Hydroelectric Station

In the conditions of a blackout, a Ukrainian built a small station from improvised materials A turnkey business is a business that is ready to operate as soon as the owner takes over. This type of business typically includes everything that is needed to start and run the business, including equipment, inventory, and even trained employees.