The CEO of GT Invest Oleksii Prokhorenko: US Dollar vs Ukrainian Hryvnia. Outlooks and expectations.

"The spring of 2021 was favorable for UAH (Ukrainian Hryvnia). The national currency has appreciated by about 2%. The exchange rate has fallen to a record low of 27.45 for 1 USD this May. It is a good sign of currency strengthening".

I want to commence a new chapter in our company GTInvest on this positive note and make the first publication in Alexey Prokhorenko Blog about how the Olympic calm of hryvnia will affect the investment climate and the currency rate outlook.

2021 is very likely to become the year of record growth of the Ukrainian economy in the last ten years.

Analysts give the green light.

I want to start with the experts' forecasts to make it clear that neither the pandemic lockdown nor the situation at the eastern borders and the uncertainty in the cooperation with the IMF has nudged UAH to fall. The IMF estimations provided in their updated report are optimistic: the average USD/UAH exchange rate will not exceed 27.98 UAH versus 28.12 UAH earlier. In 2022 it will hold around 27.61 and in 2023 - 27.59 UAH to USD, respectively.

Andrii Shevchyshyn, Forex Club analyst, sees the prospect for the U.S. currency at 27.50 UAH to 1 USD.

Even though the exchange rate is fluctuating (the USD has slightly fallen) it is high time to follow Ukrainian economist Alexander Okhrimenko's advice. He believes there is still an opportunity to make money on the interest which will last for another two months. It will become even more profitable now because of the increase of interest rates from 8% to 10%. According to Yevgeny Akhtyrko, an analyst at Concorde Capital, seasonal exchange rate fluctuations may occur throughout the year.

Most experts agree that hryvnia is safe for the next several months. The national currency may either strengthen further or stay in the range of 27.60 to 27.80 UAH/USD.

There is a logical rationale and at least three reasons that help the Ukrainian national currency to stabilize.

The first and the most important: the undying interest of non-residents in investing in government bonds. The total amount of investments is over 100 billion hryvnias (3.6 billion USD) at the moment. Even falling interest rates do not deter investors, who still receive good returns of 9-12% APR, guaranteed by government bonds. These rates are among the highest in the world today. This risk is worth the reward.

The second reason is Ukrainian farmers, who sold foreign currency for the spring fieldwork. Thus, the phrase "our national currency feels the ground beneath its feet" acquires its literal meaning.

And thirdly, we are happy that the demand for Ukrainian export goods has not dropped. The economic crisis in the world, caused by the ongoing pandemic, has not affected our exports.

The record-breaking amount of foreign currency reserves of the National Bank (about $28 billion) and remittances of Ukrainians from abroad, which grew up to over $12 billion last year, can also be seen as a stabilizing factor. The current gold and foreign currency reserves allow us to feel confident for more than three months, even under the most dramatic scenarios the economy may face. All the experts tend to agree that there will be no calamity. Currently, the Ukrainian economy is not experiencing a shortage of foreign currency. It should have a more favorable effect on lending to the real economy from the banking system.

Next round of forecasts and relations with the IMF

June will be the crucial month for hryvnia. The Ukrainian government expects a new round of negotiations with the IMF and the EU on the upcoming loan and macro-financial assistance. However, the international community has put forward some solid requirements for Ukraine that will make this cooperation more efficient. One of them is judicial reform and strengthening of responsibility for false declaration of assets by public officials. Second, revise the functioning of the National Anti-Corruption Bureau of Ukraine. The IMF emphasizes the importance of the aforementioned anti-corruption agency to stay independent from political processes. The odds are high that Ukraine will reach an agreement, but even assuming the worst-case scenario and should negotiations be put off till this fall, then hryvnia could "shrink" to 28.20-28.50 per USD. However, this scenario is designed for those who want to be prepared for a force majeure, while the outlook for hryvnia is much brighter.

The key factor of uncertainty, which can upset the above positive scenario, is the military conflict escalation. Only heightened military risks restrain exchange rate appreciation and increase demand for the currency as a short-term protective asset for the banks and households. In particular, shelling in areas previously not involved in direct military action will primarily affect the currency market, the internal government bonds, and corporate Eurobonds, blocking the possibility of borrowing on the foreign markets for Ukrainian companies. After the situation settles down and the population sentiment adapts to the risk of non-critical military firing, the currency market will stabilize the USD/UAH exchange rate will go down again.

After the military factor clears up, the essential forecast for 2021 will be the rapid recovery of the Ukrainian economy, which will be a record for the last ten years. The National Bank will likely receive about $2.7 billion from the International Monetary Fund in the summer, and there will be no need to repay these funds. Thus, the exchange rate of 27.00 may well happen, though even the optimists hardly believe it.

I want to highlight that the prices of our major export commodities, in particular, corn and iron ore, are at the highest levels now.

In general, the stabilization and appreciation of hryvnia will positively impact the investment climate of Ukraine. Rapid economic recovery after a challenging quarantine, controlled inflation, lowering of the National Bank interest rate, stable USD/UAH rate, land market liberalization, implementation of electronic government services. It all allows us to state the boosting of the attractiveness of Ukraine for foreign investors. Our country is seen as a country of opportunities now. To raise capital into Ukraine from foreign investors, several legislative incentives have been introduced: green tariffs, operations with goods made on commission, and incentives for IT specialists. Ukraine's economy is gradually liberalizing and recovering, offering some of the most favorable conditions for investments.

The industries that have shown robust rally in recent years and are therefore most appealing to investors are the IT, agriculture, automotive industry, processing industry, and renewable energy. The most successful year for Ukraine for attracting foreign investments was 2008. Investors contributed $10.8 billion to our economy back then.

We are eager to repeat that success now.

You will be interested
Development Economy International integration Investments

Ukraine and the United States Unites to Protect Health 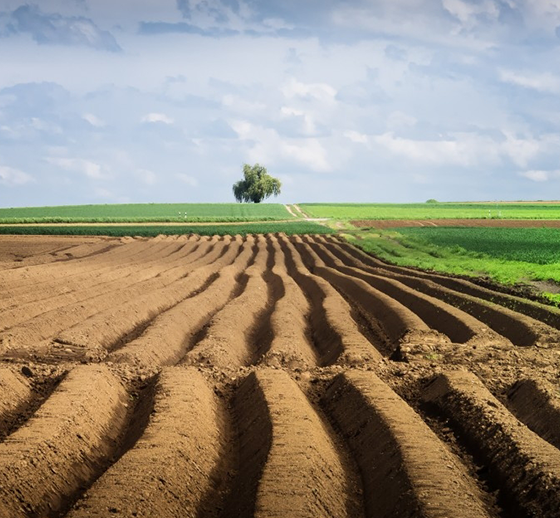