At the beginning of Putin's war, Germany announced the provision of a tranche for armaments for Ukraine. The government of our country sent a list of 48 pages to Germany, and they were sent to the conveyors of German industry. However, after editing by Olaf Scholz, the list was reduced to 15 pages, and most of the items requested were replaced with alternatives.

As a result, “help” from Germany is only €370 million instead of the guaranteed €1 billion. The package includes auxiliary items like the already sensational helmets, sensors, some vehicles, and field equipment. According to Scholz, apparently, Ukraine should protect its people (and Europe) with helmets and tents. On April 9, Ukraine sent 2 letters to Germany with requests for weapons but did not receive a response. Further, Scholz announced at the EU meeting that Germany no longer has the ability to supply Ukraine with heavy weapons.

According to the German news resource Spiegel, Scholz's weak character could lead to his resignation. The Insa institute provided data that 55% of German citizens are not satisfied with both Scholz and his entourage. Among other things, both the coalition and the opposition of the German chancellor no longer support him. Growing dissatisfaction may lead to the fact that in a couple of days, the process of declaring no confidence in Scholz can be launched. The leading parties in Germany support the provision of heavy weapons to Ukraine. Most of all, the opposition bloc of the CDU/CSU stands for Ukraine. It is known that Armin Laschet belongs to this bloc: a politician who was predicted to replace Merkel.

“If Germany continues to delay, it will have one foot on Putin's side,” Johann Wadephul, CDU/CSU.

Marie-Agnes Strack-Zimmermann, who recently visited Ukraine and saw with her own eyes the horrors that Russia embodies in Ukraine, suggests that “the chancellor’s office really considers its efforts sufficient and does not notice the blow to Germany’s image due to its position and international criticism in her address."

The CDU/CSU also states that if Scholz does not come to his senses and does not transfer the necessary military equipment to Ukraine, their party will independently submit a draft project on the supply of heavy weapons. The latest version of Scholz's unstable position is to send weapons to those NATO countries that send weapons to Ukraine. Like, for example, the Czech Republic. However, last week Germany imposed sanctions against Poland because, according to Germany, it is too actively investing in weapons and humanitarian aid in the victory of Ukraine.

The German position prompted a frank and honest response from Poland. On April 7, at a meeting of the European Parliament, Patryk Jaki expressed an opinion that is shared not only by Poland:

“You want to impose sanctions on Poland because we don’t want to do as you demand? But what should we take as an example from you? That you don’t care about Ukraine? If you refuse money from Russia, it will cost €80 for every German per month. But you say "NO," and we must support this atrocity? Germany promised Ukraine weapons and security. You did not give anything and did not keep your promises. And we must behave the same way? For years you have traded with Russia and had super-profits. Now has consequences in Bucha, atrocities against children and deaths of civilians! You have already lost because you are on the side of evil! It is a great happiness that there are countries in Europe that care about Ukraine: such as Poland, which knows that Ukraine is now suffering. Because the Poles remember how the Germans burned children in ovens, we remember the massacres in Warsaw. And today Germany has not paid us anything. And now Germany wants to teach us morality? Maybe you now have more money and power, but you cannot be a leader in Europe, you can't sacrifice anything to keep the good. If you spent all the efforts that you direct on promoting sanctions against Poland, spent on sanctions for Russia, today Ukraine would be saved."

Several countries have already expressed that it is Germany that is the brake on the application of sanctions against Russia. 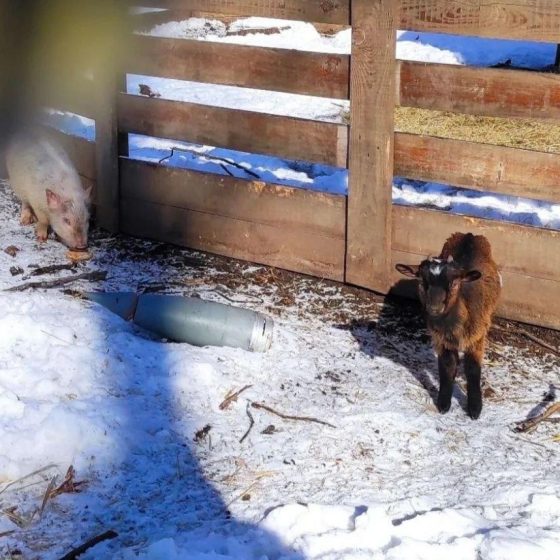 Murdering of Fluffy Friends — Another Tragedy of Ukraine

Russians shoot our animals. Our animals die under rubbles. The occupiers destroyed the Ukrainian eco-park in the Kharkiv region 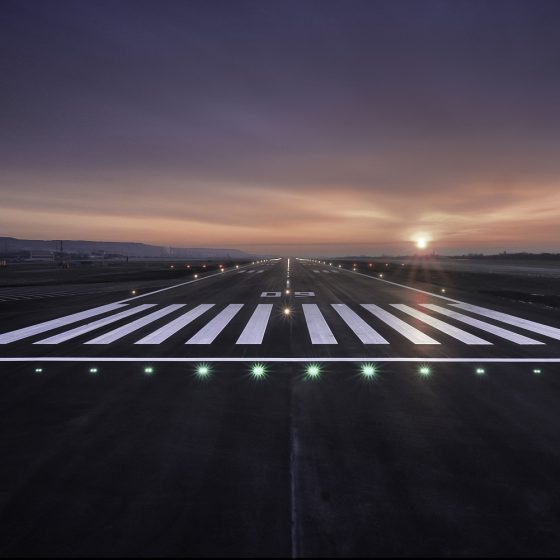 Buy a Runway in Ukraine

It is more than possible to buy a runway in Ukraine