Request a call
GTInvest»Blog»Beauty and Pain of Ukraine

At the beginning of the war, the Ukrainian authorities encouraged people to continue to work if it is safe for their lives. But Ukrainians have gone further and for 9 months of war not only work but also invest in their native country.

The artist from Zaporizhzhia is not afraid of the Russian army and its Soviet weapons. Therefore, he collects all the fragments from enemy missiles and turns them into money for the Ukrainian army. The artist Vadym Vitkov creates paintings related to Ukraine on the remains of missiles and sells them at auctions.

In Zhytomyr, more than 400 children on August 24, 2021, before the 30 th anniversary of Ukraine’s Independence, created a big picture and then sold it at auction. The picture has blue-yellow colours in the base and 277 Ukrainian characters. The height of the artwork is more than 1.4 m, the length is 60 m 12 sm. This canvas fell into the Book of records of Ukraine, and later it was sold for almost $3.500. All the funds were allocated to the needs of one of the assault brigades of Ukraine.

No less enterprising and Ukrainians, not gathered in groups. In Bukovina, western Ukraine, an 11-year-old David independently bakes and sells donuts. The boy begins baking at 6 a. m. to sell at least 200 donuts a day. For his efforts, he received almost $1.000. This money, and everything he earns, he passes on to the military.

"After all, I see they lack equipment, and military supplies, so I decided to help. I think about our soldiers, it’s winter coming," said David.

Another Ukrainian, the mother of the hero of Ukraine, fighter pilot Stepan Tarabalka, is building a health centre for the military and their relatives. Nataliia Tarabalka returned from the first days of the war to Ukraine to become a volunteer, but after her son died on March 13, she decided to do something more for the defenders. For the construction of the rehabilitation centre, the woman spent all the money received as compensation after the death of her son. 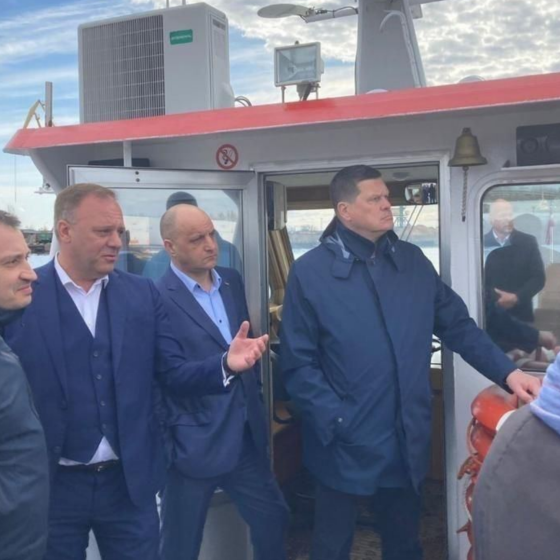 Latvia Provides Its Ports for Export of Ukrainian Grain