On April 28, the Bundestag voted by a majority vote for technical support for Ukraine in the war against Russia

The proposal of the CDU/CSU Protection of peace and freedom in Europe — comprehensive support for Ukraine was approved by 586 votes out of 736. 100 voted against.

According to preliminary data, the batch of weapons for Ukraine will include:

At the request of Estonia and the Czech Republic, Germany will also send to Ukraine its restored howitzers and armored personnel carriers, which were on the balance sheet of the German military department after World War II.

"Germany will also deploy more soldiers to boost NATO presence in eastern Europe, and encourage Russian soldiers to lay down their arms and seek asylum in Germany and the EU," DW Germany.

According to Spiegel, the adoption of the Protection of peace and freedom in Europe – comprehensive support for Ukraine means the Bundestag’s assistance to the German federal government in the process of supplying Ukraine with "effective, including heavy, weapons and sophisticated systems." The transfer of weapons will be carried out in consultation with NATO.

"Britta Hasselmann, leader of the Greens parliamentary group, called the new arms shipments to Ukraine a balancing act. We are talking about "on the one hand, not becoming a participant in the war, and on the other hand, not giving Ukraine to the aggressor Putin without protection." Kyiv must be able to count on German support, but at the same time, further escalation must be prevented," Spiegel.

We remind you that during the summit of the advisory group for assistance to Ukraine, Germany announced the transfer of Gepards to Ukraine. 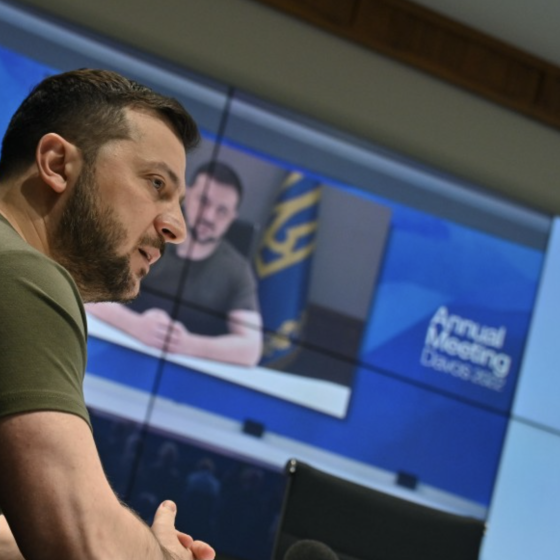 It’s Time for Foreign Business to Develop in Ukraine

Volodymyr Zelenskyy, during his speech in Davos, called on companies from all over the world to develop their production facilities in Ukraine