According to LSM, Latvia began to look for ways to seize real estate located on the territory of Latvia from citizens of Russia and Belarus. In particular, we are talking about the sanatoriums Dzintarkrasts and Belarus in Jurmala. Dzintarkrasts is legally owned by Putin's administration department, while a fund owns Belarus under Lukashenkj's patronage. It is known that both sanatoriums stopped working in the spring, and their leaders were blacklisted in Latvia.

The Ministry of justice has begun to prepare the groundwork for opening a lawsuit to confiscate two sanatoriums in Jurmala and the Moscow House in Riga, with the subsequent possible use of the property to accommodate refugees. According to the municipality, the number of Ukrainians in Jurmala is close to 1200. Officially, the trial has not yet

"It would be difficult to occupy these Russian and Belarusian facilities if Latvia used them for its own purposes. Therefore, we need this agreement with the Ukrainians because we will use them for Ukrainian citizens," Andris Vitols, head of the office of the Latvian minister of justice.

The Ministry of justice of Latvia is interested in the fact that Russians have no property on the territory of the EU.

"It is clear that it is in the interests of all European countries to ensure that the property of the Russian state and Russian oligarchs is not located on the territory of the European Union. Now we have found support in other EU countries because they have similar problems," Andris Vitols.

We remind you that Ukraine has resumed the process of returning real estate in the territory of the United Kingdom, which Russia illegally appropriated to itself after the collapse of the USSR.

Olha Povaliaieva
You will be interested
Aviation International affairs Logistic

Ukraine and EU signed the Agreement on the “Common Aviation Area” 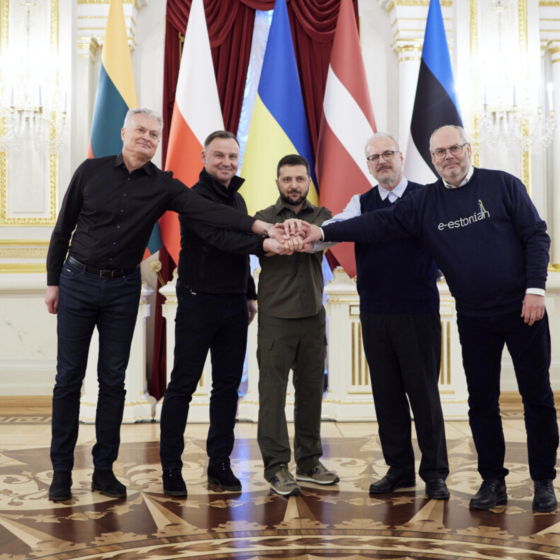 4 Countries Signed a Joint Declaration of Support for Ukraine

The declaration between Estonia, Poland, Latvia, and Lithuania contains 10 points on assistance to Ukraine, reaction to aggressor actions, and other challenges to Europe