On December 11, during a telephone conversation between Joe Biden and Volodymyr Zelenskyy, the president of the US invited the president of Ukraine to pay a personal visit to the USA. For security reasons, this information was not disclosed. On December 20, a press conference was held at the White House, at which the main points of Zelenskyy's upcoming visit were announced and discussed.

"This visit will underscore the United States’ enduring commitment to Ukraine," the White House.

Zelenskyy will stay in Washington for only a few hours and then return to Ukraine. During this time, he will have a face-to-face meeting with Joe Biden and his security team, give a press conference, and address Congress. During the extended meeting of the presidents, the issues of Ukraine's strategic movement on the battlefield, the training of Ukrainian soldiers at US military bases, the tightening of sanctions against the aggressor country, and assistance in the energy/economic and humanitarian sectors of Ukraine will be discussed. Today, the United States has already joined the efforts of more than 50 states that provide Ukraine with unwavering assistance.

"And President Biden will have the opportunity to reinforce that this support is not just about what we have done before, but what we will do today and what we will continue to do for as long as it takes," the WH.

During this visit, a new wave of assistance for Ukraine will be announced.

"President Biden will continue to rally the world as we work to maintain the remarkable unity we've demonstrated over 2022. And as I said, he will reinforce the fundamental message on this trip to president Zelenskyy directly, to the Ukrainian people, the American people, and the world publicly, that the United States will stand with Ukraine for as long as it takes and that in doing so, that support will remain broad, deep, and bipartisan," the White House.

The White House statement noted that the government continues to adhere to the principle of "Nothing about Ukraine without Ukraine". Therefore, at a meeting of high-ranking officials, Biden and his team will not persuade Zelenskyy to negotiate peace with Putin but, in tandem with Congress and foreign partners, "put Ukraine in the best possible position on the battlefield so that when the time is ripe, they are in the best possible position at the negotiating table."

Today is the 301st day of the war of Russia against Ukraine. And this is the first diplomatic visit of Volodymyr Zelenskyy outside of Ukraine. 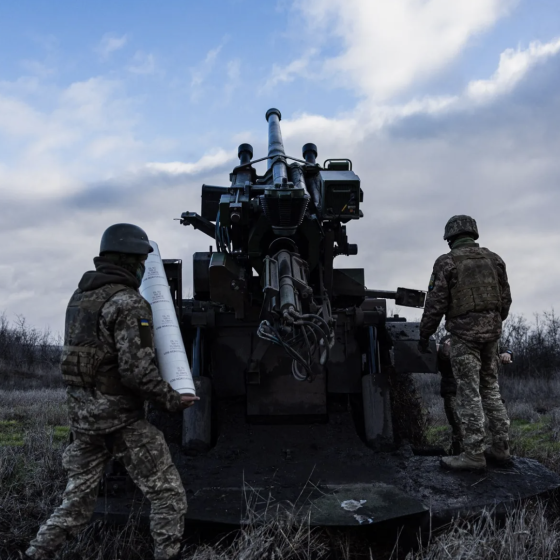 Australia and France Will Supply Ukraine With 155-mm Shells

The AFU uses thousands of these rounds every day