1340 years ago, on this day, prince Volodymyr the Great of Kyiv baptized Kyivan Rus

Today is a double and very important holiday in Ukraine. 1034 years ago, the Ukrainian prince Volodymyr the Great, son of princess Olha, baptized Kyivan Rus and brought Christianity to Eastern Europe. And from today, Ukraine also celebrates Statehood Day. What is Statehood Day, president Volodymyr Zelenskyy told in his speech to Ukrainians today.

"The state in which the history of Christianity in Eastern Europe began when it was baptized by the great prince of Kyiv Volodymyr 1034 years ago. The state in which the history of invincibility began, which now covers the whole of Europe and the whole world. This is our state, this is our country. This is Ukraine. The history of its statehood dates back thousands of years, but only this year we celebrate the Day of Ukrainian Statehood for the first time. Today we defend it with weapons in hand. 155 days in a row. We can say that for us the day of statehood is every day. Every day we fight so that everyone on the planet finally understands: we are not a colony, an enclave, a protectorate, a province, an eialet or a crown land, not a part of foreign empires, not a "part of the country", not a federal republic, not an autonomy, not a province, but a free, independent, sovereign, indivisible and independent state. It originates at least one and a half thousand years ago. From the time officially recognized by the UN and UNESCO, the date when Kiy, Shchek, Khoryv and Lybid founded the capital of Ukraine. She is the only legal heiress of Kievan Rus, the possessions and gains of our rulers Askold and Dir, Vishchy Oleh, prince Ihor, Equal-to-the-Apostles princess Olha, Svyatoslav the Brave, Volodymyr the Great, Yaroslav the Wise, Volodymyr Monomakh, king Danylo. It is the heiress of the Cossack State, the birthplace of Bayda Vyshnevetskyi, Sagaidachnyi, Bohdan Khmelnytskyy, Ivan Mazepa, Pylyp Orlyk. She is the legal successor of hetman Pavlo Skoropadskyy of the Ukrainian People's Republic and the Ukrainian State. Autonomy, independence and conciliarity, which were proclaimed by the universals of the Central Council and the Act of Reunification. It has rich traditions of law-making, writing, and diplomacy. Ruska Pravda, Bertyn Annals, Ostromyrov Gospel, the Constitution of Pylyp Orlyk and hundreds of other monuments, sources and documents that contain written references to our state and its recognition by other states and rulers," Volodymyr Zelenskyy.

The president also spoke about the history of the Ukrainian army and the eternal struggle for our free state.

"Ukraine has glorious military traditions. It is the homeland of famous warriors, indomitable fighters for their own freedom and statehood. Kyivan Rus, Cossack Sich, on the battlefields of the First and Second World Wars. In Cold Yar, in the Carpathian forests, near Kruty. All stages of the history of Ukraine's statehood, its protection and struggle for it can be described in one sentence: we were, are and will be! We will, because our state has incredible sons and daughters who have come to its defence. They, as well as millions of other soldiers, defend Ukraine under the names of their ancestors with the responsibility to them. And we feel their support. All generations of fighters for an independent Ukraine," Volodymyr Zelenskyy.

Modern hetman Zelenskyy voiced what every Ukrainian knows: we are a free people, and no one can change that.

"Having lost what is meaningful to us, we lose the meaning of life itself. Because for us, living in captivity is not living. To be dependent is not to be. Because a non-independent and unfree Ukraine is not Ukraine. We do not know the word "slavery". It is in our dictionaries but not in our heads. We will give our last shirt, we will give everything we have, for what is in our heart. That is why we will fight for our statehood to the last: the last breath, the last cartridge, the last soldier. But not ours, but the enemy's," said president Zelenskyy.

"Russians carry out other people's criminal orders, we — our sacred duty. We are fighting for different things, so the finale of this battle will be different in meaning and even in sound for everyone: in Russian, it will be "the failure of a special operation," and in Ukrainian, it will be a victory in the war," Volodymyr Zelenskyy. 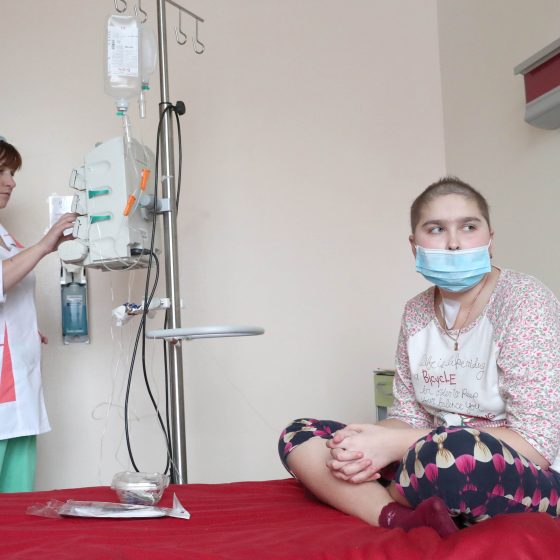 Russians Kill Those Who Die of Cancer

On March 13 occupiers of the Mykolaiv oncological hospital. There are wounded 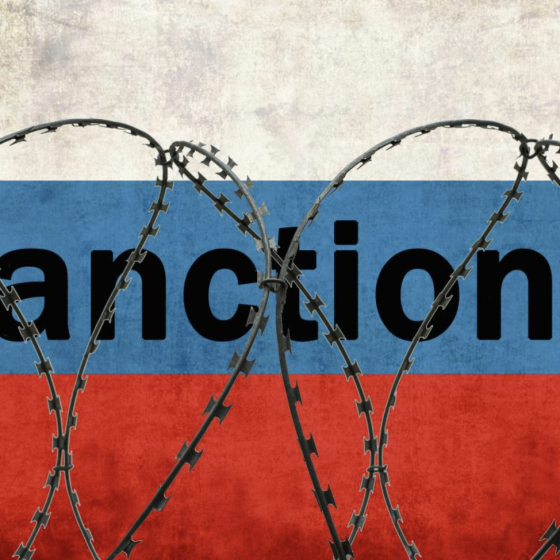 The Russian bank, obviously, is not overburdened with sanctions, so Russian enterprises see in it a loophole for circumvention of sanctions