The European Union has already adopted 6 sanctions packages against Russia. Sanctions have been imposed on the Russian Federation because of its full-scale invasion of Ukraine. Some sanctions have a long-term implementation. But other sanctions are working now. This is evidenced by the situation that has developed between Lithuania and Russian Kaliningrad.

President of the Lithuanian carriers' association Linava Romas Austinskas said that the country is stopping the passage of sanctioned goods to Russia. This restriction applies to the transit of all goods, so it does not matter how they will be transported. It is previously known that about 40-50% of the product range was transported between Lithuania and the Kaliningrad region, from which deliveries were made to the rest of Russia. These goods will no longer enter the aggressor country, as this would violate the sanctions.

As of June 18, Lithuanian railways stopped allowing transit trains with goods subject to European Union sanctions. And a few days later, it became known that Lithuania had a severe traffic jam from trucks heading for Russia. They are not released from the country because of the presence of prohibited Russian European goods.

It turned out that the Russian Federation is not ready for sanctions, as it says on its television. That is why the Russian Ministry of foreign affairs has already held a conversation with the charge of affairs of Lithuania, Virginia Umbrasen, and the European Union ambassador to Russia, Marcus Ederer. Russian diplomats threatened Europeans with retaliation if the restriction was not lifted.

But diplomatic threats do not frighten Lithuania. The Lithuanian Ministry of defense believes that Russia is more likely to engage in military provocations, as the army is commanded by "imbeciles". 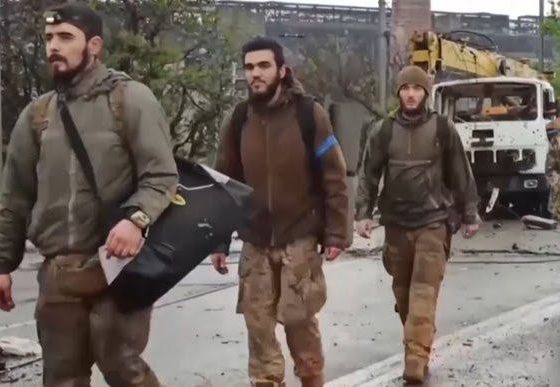 Zelenskyy: Withdrawal of All People From “Azovstal” Will Be Completed Soon

On May 20 about 2 thousand soldiers left the metallurgical plant “Azovstal”. Ukrainian defenders continue to leave Mariupol