The winner of last year's Eurovision Song Contest, Kalush Orchestra, is now on a song tour. In the United States, the Ukrainian band also organized the shooting of a music video for the song Generous Eve. Arnold Schwarzenegger became a guest of the shooting. The actor addressed people at the beginning of the video.

"Especially now, in this tough time. Everyone can have a dream. And everyone can make it a reality," said the actor.

After that, the video featured a Ukrainian group with an interpretation of modernity, Ukrainian generosity. The video mixes Ukrainian flavour, elements of the game GTA and the American atmosphere. The pink summer hat of the band's soloist appears as a separate element. Note that after the Eurovision, the rap group sold at auction a similar hat and a cup to help the Ukrainian army. Schwarzenegger appears alongside the Ukrainian band at the end of the video, but with a short message in Ukrainian.

It is important to note that the Kalush Orchestra went on a tour of America and Cantor to raise money to support the Ukrainians. Previously, the 2022 song contest winner had already raised almost $1.5 million.

Olha Povaliaieva
You will be interested
International affairs Logistic 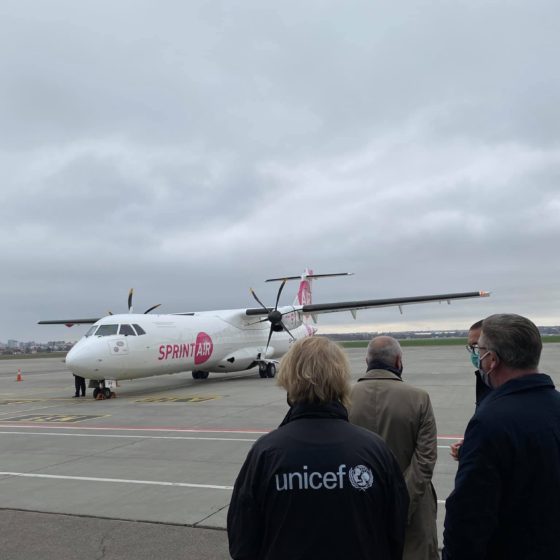 A plane with 117,000 doses of Pfizer “Comirnaty” have landed in Ukraine In the completely occupied and yesterday liberated city of Bucha, Russians killed more people than in Babi Yar