Press conference of President of Ukraine and PM of Sweden

"The more Russia attacks Ukraine, the more Europe will push Russia. We will support Ukraine for as long as it takes," Magdalena Andersson

During the briefing, Volodymyr Zelenskyy thanked Magdalena Andersson for her visit and for Sweden's assistance in the reconstruction of Ukraine. The president said Sweden's experience in urban planning and green areas will be introduced in Ukraine.

"We substantively discussed the restoration of Ukraine. Sweden will join us in this work. I would especially like to note the experience of Sweden in the field of energy conservation, energy efficiency in the implementation of the environmental agenda. In particular, this concerns the issue of waste processing. I invited Sweden to join the construction of new modern factories in Ukraine. The preparation of relevant documents should immediately begin at the level of our governments," Volodymyr Zelenskyy.

The president of Ukraine thanked Magdalena Andersson for the fact that Sweden accepted 40.000 Ukrainian refugees and takes care of them as if they were its own citizens.

"We will remember your sincere attention to the citizens of Ukraine at this hard time," Zelenskyy.

Magdalena Andersson came with a gift: in front of journalists, Volodymyr Zelenskyy was given a paper copy of the letter of Karl XII from the national archives of Sweden. In this letter, Karl XII directs the service of Constantinople to recognize the Zaporizhzhia Sich as an independent state, a subject of international law, so that there is no oppression from the Moscow tsar.

"And I think it fits very well in the current political context. Even then, our king was struck by the Cossack's state and the Cossack people, their democracy. 300 years have passed, and we see the same democratic process in Ukraine," Magdalena Andersson.

In her speech, the minister shared her impressions of what she had seen in Bucha and Borodianka. And she said that Sweden and all of Europe will continue to support Ukraine and put pressure on Russia until it stops.

"This morning, I saw broken buildings in place of human houses. This is a crude aggressive evil. The Europeans did not think that this evil would again come out of our heavy dark history and show its mug again. A disgusting mug. I condemn Russian aggression and the killings of civilians and children of the wonderful country of Ukraine. The more Russia attacks Ukraine, the more Europe will give Russia. We will support Ukraine as long as necessary," Magdalena Andersson.

In her speech, Andersson expressed admiration for the courage of the Ukrainian people, who in these terrible times continue to move towards their goal.

"Today, I saw not only Ukraine from the Russian occupation but also the courage of the Ukrainian people. I know that what Russia has destroyed in Ukraine — Ukraine will rebuild. And you will not be in this alone: ​​together with the rest of the European family, we will take a lively part in the restoration of your wonderful country. And I hope to see Ukraine as a restored, rebuilt member of the European Union. Glory to Ukraine!" Magdalena Andersson.

After the press conference, Volodymyr Zelenskyy told the Ukrainians that Ukraine and Sweden had signed a joint statement on defense cooperation, cooperation in the fields of nuclear energy and energy efficiency, and financial support for Ukraine. According to Zelenskyy, this is the first such document between our states.

Olha Povaliaieva
You will be interested
Government International affairs Investments 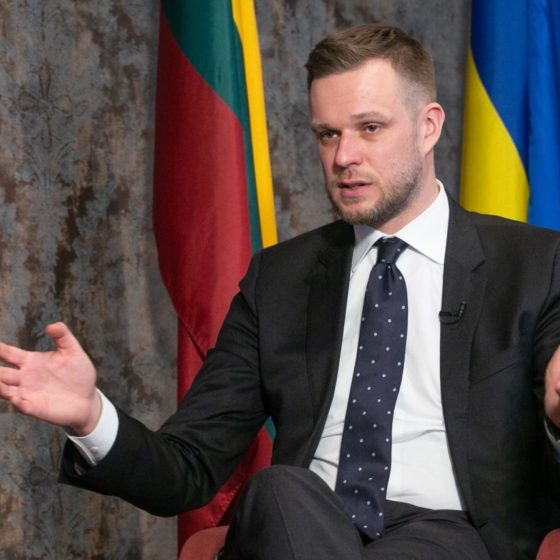 Lithuania will provide 100,000 doses of vaccine to Ukraine to combat Covid-19 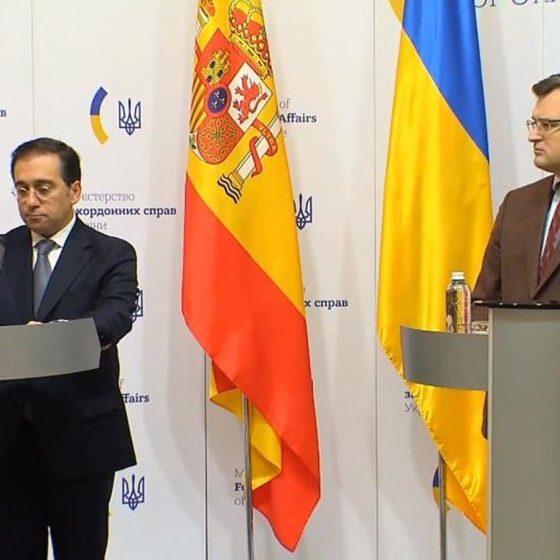 Visit of the Minister of Foreign Affairs of Spain to Ukraine

On February 8, Jose Manuel Albarez Bueno arrived in Ukraine to confirm support and discuss joint projects between the countries