On April 28, during the visit of the UN secretary and PM of Bulgaria to Kyiv, Russia fired 3 missiles at the presidential quarter

On April 28, the prime minister of Bulgaria Kirill Petkov, and UN general secretary Antonio Guterres met with Zelenskyy in Kyiv.

It is noteworthy that on April 27, the UN general secretary visited Moscow and met with Putin. The topic of the conversation was Russia's war against Ukraine and the need to evacuate civilians from hot spots. During the conversation, Putin guaranteed cooperation with the Red Cross for the evacuation of civilians from Azovstal, Mariupol.

On April 28, Antonio Guterres arrived in Ukraine. The general secretary had the opportunity to go on excursions in the war-torn Borodianka, Irpen, and Bucha. On the evening of the 28th, Antonio Guterres met with the president of Ukraine. Zelenskyy asked Guterres to assist in organizing humanitarian corridors from Mariupol to Zaporizhzhia, and today it was announced that a UN group led by Osnat Lubrani had left for Zaporizhzhia.

Russia has changed tactics: to make it more difficult for Ukraine to shoot down missiles, the Kremlin fires several rockets at once. None of the “high-precision” Russian missiles hit the target: 2 out of 3 hit a residential building. This is evidenced by Anton Gerashchenko, deputy minister of internal affairs, who is at the attack site. Rescue services have already arrived at the scene. There are no reports of casualties yet.

"Rocket strikes on Kyiv at the moment when the UN general secretary is there. That's all you need to know about the influence of international organizations in the modern world and about Russia's attitude towards them and international law," mayor of the city of Dnipro Boris Fylatov.

Here it is, Russian diplomacy. 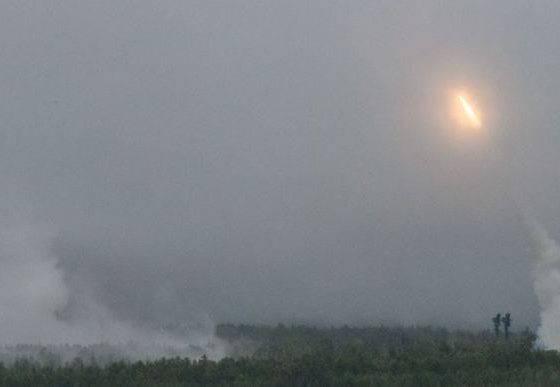 On 17 May, Russian rockets hit the village and killed 8 people

Bosch Builds a Plant in Ukraine

On September 9, the minister of economy of Ukraine Oleksii Lyubchenko met with the president of the Bosch Group Steffan Hoffmann