Request a call
GTInvest»Blog»Macron’s Proposal: Give Up Ukraine and Save Putin’s Face

Macron’s Proposal: Give Up Ukraine and Save Putin’s Face

On May 13, the president of Ukraine spoke online on the Italian channel "Rai 1" and voiced Ukraine’s opinion on Macron’s proposals, Russian nazism, Crimea/so-called L/DPR, and the senselessness of European concessions to Putin

During the broadcast of the Italian TV channel, Volodymyr  Zelensky spoke about Macron's unexpected and absurd proposal to cede Ukrainian lands to Russia and save Putin's face. In a pointless attempt to get Putin into diplomatic contact, Macron wastes his time.

"We should not look for a way out for Russia. Macron does it in vain. I believe that he has excellent experience: until Russia itself wants it and understands that it needs it, it will not look for any way out. Maybe Macron knows something more. I know that he wanted to find certain results in the mediation between Russia and Ukraine. But he didn't find it. Not on our side, but on the side of the Russian Federation... And it is not very correct for me to offer some things related to concessions to our sovereignty to save face to Putin. We are not ready to save something for someone and lose our territories because of this," Volodymyr Zelenskyy for the Rai 1 TV.

"Save face? He needs, I think, to preserve his state… To save the country, they must preserve what was built before them 100-200 years ago," the president of Ukraine rightly noted.

In his speech, the president voiced the idea that every Ukrainian shares: Putin's actions directly correlate with Hitler's policies.

"Hitler took part in the war not because Germany felt weak and humiliated or because she wanted to build her powerful economy. No. There is no justification for nazism. Nazism is a weakness. Because it's easier to kill someone and take something than to think with your own head, find a way out, strengthen the economy, and earn money. Not to take, but to earn. Making money is always hard. The policy of hitlerism was to capture something, destroy it and justify why you are doing it," Volodymyr Zelenskyy.

In support of his words, I want to remind our readers what the Russian "army" is doing on the territory of Ukraine: marauding and raping.

In continuation of his thought, Zelenskyy recalled how Europe tried to find a compromise with Hitler, find a way out, and stop the bloodshed. However, the war still continued and ended not with a change of Hitler's priorities but with his suicide.

Throughout the war, Russia blamed the food crisis on sanctions and Ukraine. For the famine and economic collapse that Russia deliberately provokes on the planet, only Putin is responsible.

"Nonsense What sanctions? They blocked our ports! We don't have ships. Even Odesa, a Russian-speaking city, was bombarded with cruise missiles on May 8 and 9 on the Days of Victory over nazism. We can't go to sea, they're shooting! Turkey is ready to take out (civilians - editorial board), European countries are ready, everyone is offering help, Canadians, Americans. Russia does not agree. Who are they to block the sea?" said the president of Ukraine.

The president also voiced the likelihood that Russia would attack Ukraine from the territory of Transnistria: "Up to 15.000 (people — ed.) there may be a group in Transnistria, but it is not very ready. Of those 15.000, up to 3.000 are able to fight, as far as we know.”

The topic of the annexed Ukrainian Crimea was raised. Volodymyr Zelenskyy said that now the most important issue is the lives of Ukrainians. And although Crimea is not the most painful topic now, it is still on the agenda, and Ukraine will never give up its peninsula to anyone. We remind you that Volodymyr Zelenskyy has previously stated that the war will not end without Donetsk, Lugansk regions, and Crimea. Russia is obliged to completely clear our land of its presence and return the occupied, stolen, and annexed regions.

"We are ready to talk with the Russian Federation that a decision on Crimea is not in time. There is a war, by the time — human lives. Let's leave this issue if it is painful, complicates the process of negotiations, the process of meeting the presidents of Ukraine and Russia... Our delegation in Turkey proposed to leave it, but not forever. They suggested that our states should resolve the issue of Crimea within 10 years. We have not heard the answer to this question," the head of state said.

The same applies to the occupying tents — the so-called Lugansk/Donetsk People's Republics: "In order to talk about the formats of these territories, it was impossible to kill tens of thousands of people. We will never recognize their autonomy."

The war of Russia against Ukraine has made our border not only territorial but historical. Putin has brought to a peak all the pain and damage that Russia has inflicted on Ukraine for centuries. Doted our i’s and crossed your t’s. 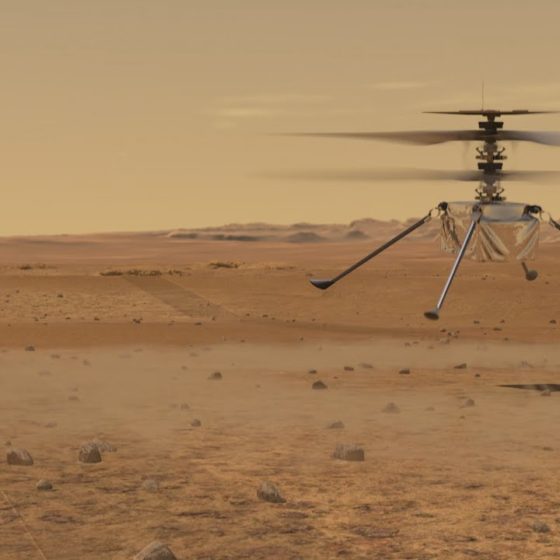 Ukrainians participated in the development and launch of Ingenuity, the first in history drone on Mars 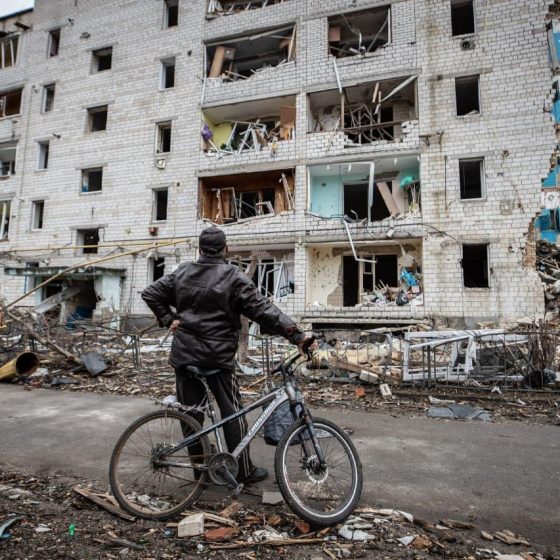 As part of the assistance program for residents of the affected regions, Ukrainians began to apply for the restoration of housing