On July 1, Russia deliberately used 3 anti-ship missiles Kh-22 on the small resort town of Serhiivka. The rockets destroyed an apartment building and a resort hotel. 22 people, including a child of 6 years old, died instantly. Anne Applebaum arrived at the scene of the tragedy almost immediately, and in her article for The Atlantic, article Russia's War Against Ukraine Has Turned Into Terrorism, she argued why aggression against Ukraine is more war but terrorism.

"According to Oleksander Chechytko, a prosecutor who was collecting evidence in Serhiivka when I visited, three Kh-22 bombs hit the town on the night of July 1. The Kh-22 is an anti-ship missile produced in the 1960s. It was designed to hit warships, but there are no warships in Serhiivka. There are no military objects in Serhiivka at all, Chechytko told me. The nearest military installation, he said, is at least five kilometers away. Even if Serhiivka had any strategic assets, the use of an imprecise Kh-22 missile on a residential area would have constituted a war crime, a deliberate attack on civilians," Anne Applebaum in Russia's War Against Ukraine Has Turned Into Terrorism.

Anne Applebaum argues that the war in different parts of Ukraine has a different character, which is generally different from all the wars that the planet has seen this century. When fierce battles take place in the eastern part of Ukraine for the territory of Ukraine, in other parts of the country, Russian attacks are nothing more than acts of terrorism. According to Applebaum, referring to the US Criminal Code, acts of terrorism are acts of violence aimed at:

"If terrorism is defined as an intimidation campaign using violence, then the bombing of Serhiivka was terrorism. So was the June 27 bombing of Kremenchuk, in central Ukraine, when another Kh-22 anti-ship missile hit a shopping mall, killing at least 20 people. Terrorism could also describe the repeated use of cluster munitions in residential areas of Kharkiv, bombs that splinter into hundreds of fragments, causing death and injury, leaving traces across playgrounds and courtyards. Terrorism is also a good word for the July 10 attack on Chasiv Yar, where multiple rockets struck a five-story apartment building and emergency services spent many hours digging residents out of the rubble. Russia is not pursuing traditional war aims in any of these places. No infantry assault on Serhiivka or Kremenchuk is under way. The Russian military’s planned occupation of Kharkiv failed several months ago. There is no scenario in which an apartment block in Chasiv Yar poses a threat to Russia or Russians, let alone the Russian army. Instead, the purpose of attacking these places is to create fear and anger in those towns and across the country," Anne Applebaum.

Anne Applebaum wrote that modern Americans and Europeans have a certain vision of terrorism. For a modern person, territorialism is something to do with irregular gangs of “marginal extremists”, bombs and weapons made from scrap materials. When it comes to financed terrorism, ideas about Iran and Hezbollah immediately pop up. At the same time, Russia's immoral war destroys all the distinctions between terrorism, sponsored terrorism and war crimes.

"Instead of Russia, a legitimate, recognized world power — a permanent member of the United Nations Security Council — is directing constant, repetitive, visible terrorist violence against civilians, many of whom are nowhere near the fighting. The attacks are not errors or accidents. The planes carrying bombs can be tracked on radar screens. Occasionally, Moscow issues denials — the shopping-mall bombing was, like many others, described by Russian state media as "faked" — but no apologies. The Russian army will not punish the murderers. On the contrary, the Russian president, Vladimir Putin, has already awarded medals to the brigade that committed so many atrocities in the town of Bucha."

According to the author, and we agree with her, Russia is deliberately dropping bombs not only on people, animals, civilian infrastructure, but on the entire apparatus of international law governing war crimes, human rights and terrorism.

"With every bomb that Russian forces knowingly drop on an apartment building, and every missile they direct at a school or hospital, they are demonstrating their scorn and contempt for the global institutions Russia was once so desperate to join. The Ukrainian and international lawyers and prosecutors who are collecting the evidence will, in the end, be able to present not just one or two cases demonstrating war crimes, but thousands. Russia’s war is unprecedented, and the demand for justice in its aftermath will be unprecedented too."

Anne Applebaum asks the question: can we do more? Yes, we can, president Zelenskyy is calling for Russia to be recognized as a terrorist country. there is evidence of its terrorism in every city of Ukraine and every day of the war against our country.

"Compassion, a sense of shared humanity, an instinct that children do not deserve to be victims of war, an assumption that people who are not harming you or your nation deserve to live normal lives — all of these moral assumptions have been cast aside by an army determined to create pointless, cruel, individual tragedies, one after the next," Anne Applebaum. 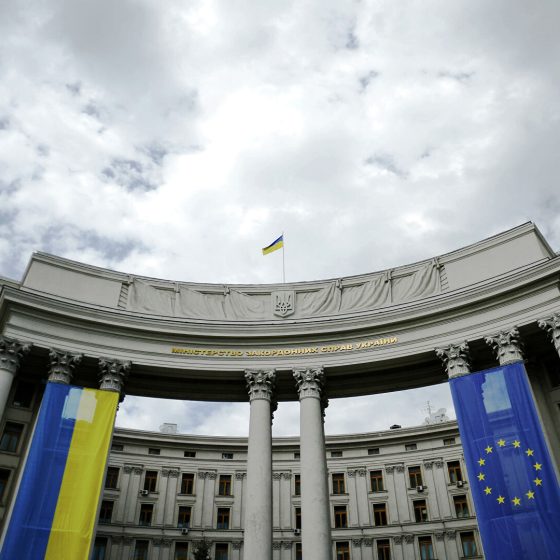 Visit of Leaders of 4 Partner Countries to Ukraine

At the invitation of the Ministry of foreign affairs of Ukraine, the heads of similar ministries of Poland, Slovenia, Lithuania, Latvia, and Estonia and the presidents of these countries will arrive in Kyiv 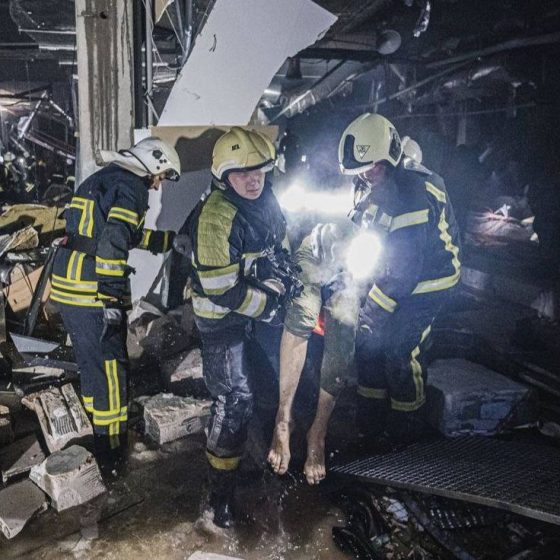 Consul of Greece in Russian Hell

The consul of Greece helped evacuate people from Mariupol